When it comes to modern-day parenting, none of us are nailing it, but we all have an opinion on how it should be done. Channel Nine’s new series, Parental Guidance, premieres Monday, November 1, at 7.30pm.

Ally Langdon and Australian parenting expert Dr Justin Coulson put opinionated parents, with diverse parenting methods, to the test through a series of challenges in the search for Australia’s best parenting style.

See More: Parental Guidance: Everything you need to know

Andrew is a Christian pastor. Miriam works part-time and is the primary home keeper. Andrew and Miriam and their children have strong faith and enjoy holding traditional gender roles in the home and in life. They are a parent-led household.

Andrew and Miriam grew up happily in the country (Armidale, NSW) with strict parents, the parenting style they have continued with their own family.

They both parented their children who are now adults in a strict style and are now against strict parenting, so they practise the nature parenting style. Liadhan home-birthed all five of their children and is a voracious reader of philosophy on parenting. 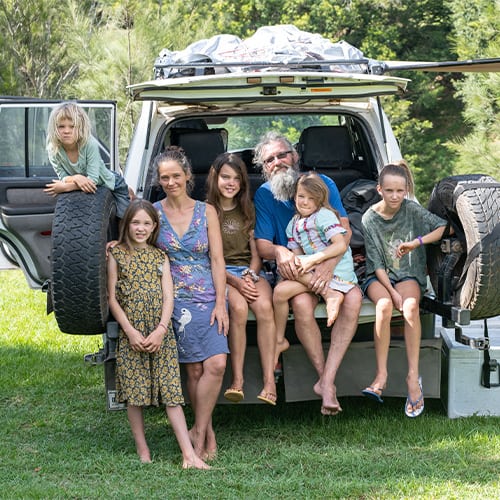 Lara is a stay-at-home mum, a former dancer, dance journalist and drama teacher. Andrew is a performing arts physio, and they’ve been married for 15 years.

Their parenting style is attachment, and they raise their children using the circle of security. They play with the kids constantly and particularly love to perform with them. They indulge their kids’ creativity wherever possible. 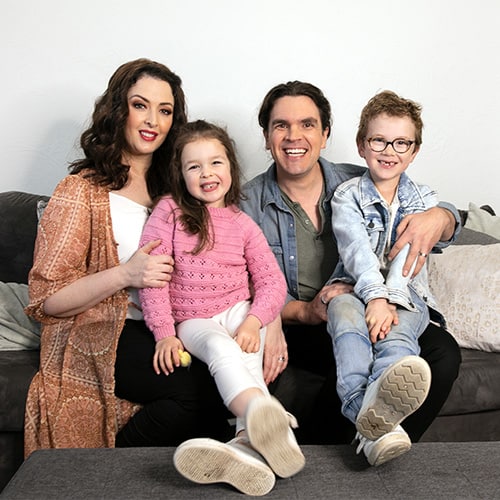 Brett and Tony have two sets of twins who live by their routine parenting style.

Brett is a primary school teacher and Tony is a social worker. Quite amazingly, both sets of twins were born on the same day through different Indian surrogates. They refer to the four boys as quads.

Brett and Tony were born and bred in Bendigo, a town that really accepts them. They both had a great childhood and upbringing. They met in high school and were friends for 10 years before having a relationship, and their Nans were also friends. 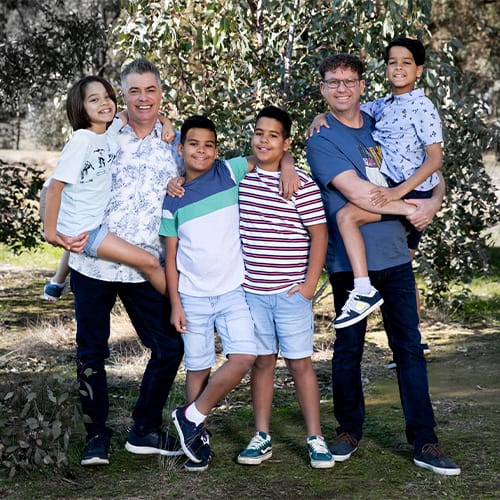 Yann and Donna live a European lifestyle with their daughter Harper. Yann is a project manager and Donna is a general manager.

Yann grew up in Paris (French Algerian) and Donna in Baulkham Hills (Australian Indonesian). Yann was raised in a classic French style and Donna was raised in a Tiger style and now finds the Tiger style very triggering. They call their style Nouveau French, being different from classical French in that it is not as strict and more affectionate. 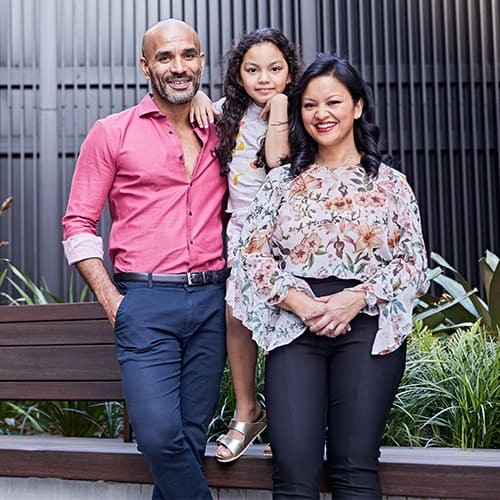 Kevin is in technology and Debbie is a stay-at-home mum (accountant by trade). Debbie quit her job a year ago to help Mimi prepare for her scholarship exams. They met in Australia after moving here independently from Taiwan in their late teens.

Debbie says she adopted the Tiger style because she was Tiger-parented. She felt loved and supported; her mother was always there. She wanted the same for her kids. They believe they are at the moderate end of the Tiger spectrum, giving their children a lot of love and affection. 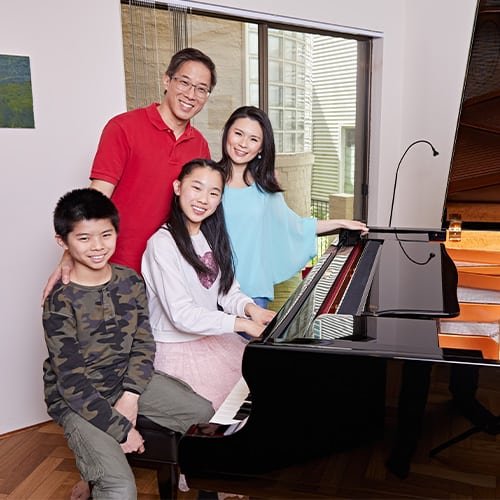 Deb, a former dance teacher, now single stay-at-home mum and home-schools all six of her children. She is a huge advocate for home schooling, and heavily involved in the online home-school community. 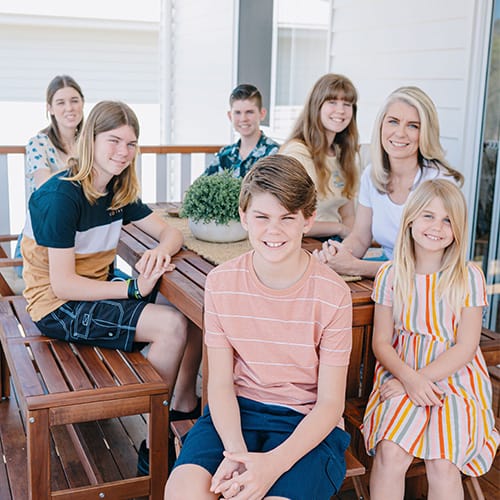 Rachel is a full-time mum, personal trainer and parenting podcaster – Am I A Bad Mum? Sam is a former NRL player for the Brisbane Broncos and also a podcaster – We are Human delves into mental health issues in elite athletes.

While Sam and Rachel enjoyed some fame during his NRL career, they find parenting is the great equaliser, saying, “You still have to wipe bums and clean up vomit.” 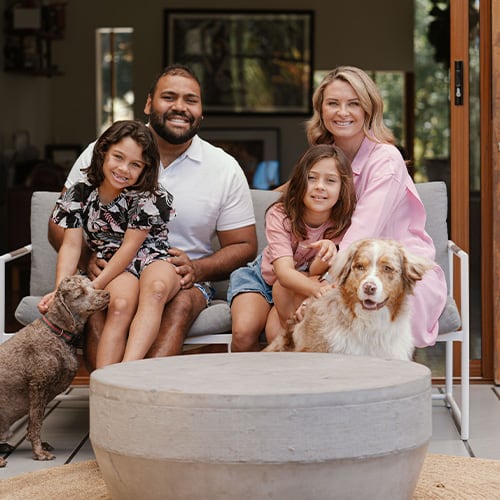 Penny works part-time and Daniel is in sales. Both are from Newcastle in NSW and have good relationships with their parents.

They say you need a tribe to be a free-range parent because they always forget things and other parents help them out.

Penny had a similar upbringing to the one she’s giving her kids and Daniel had the opposite. His parents gave him very little freedom and said no to all opportunities and adventures. He says his parents were always afraid of what would happen to them, having lived in Beirut prior to coming to Australia. Rob teaches high school and Sioux teaches primary, so everyone gets up and goes to school at the same time. They’re a very active and energetic family. Rob and Sioux have built a home gym in the backyard and the boys are heavily involved in sport. Rob plays cricket with them every day, mornings and after school.

Rob and Sioux set the rules and what they say goes. Consequences is a massive word for them. 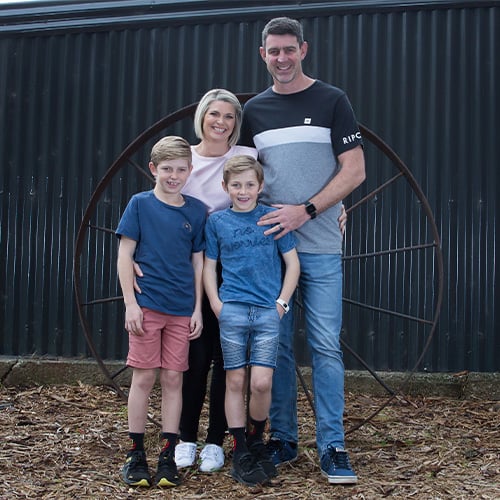 VOZ shows more than 90% of females can be reached in a month on Total TV – across BVOD, live streaming and broadcast TV.

invest your health
We use cookies on our website to give you the most relevant experience by remembering your preferences and repeat visits. By clicking “Accept All”, you consent to the use of ALL the cookies. However, you may visit "Cookie Settings" to provide a controlled consent.
Cookie SettingsAccept All
Manage consent